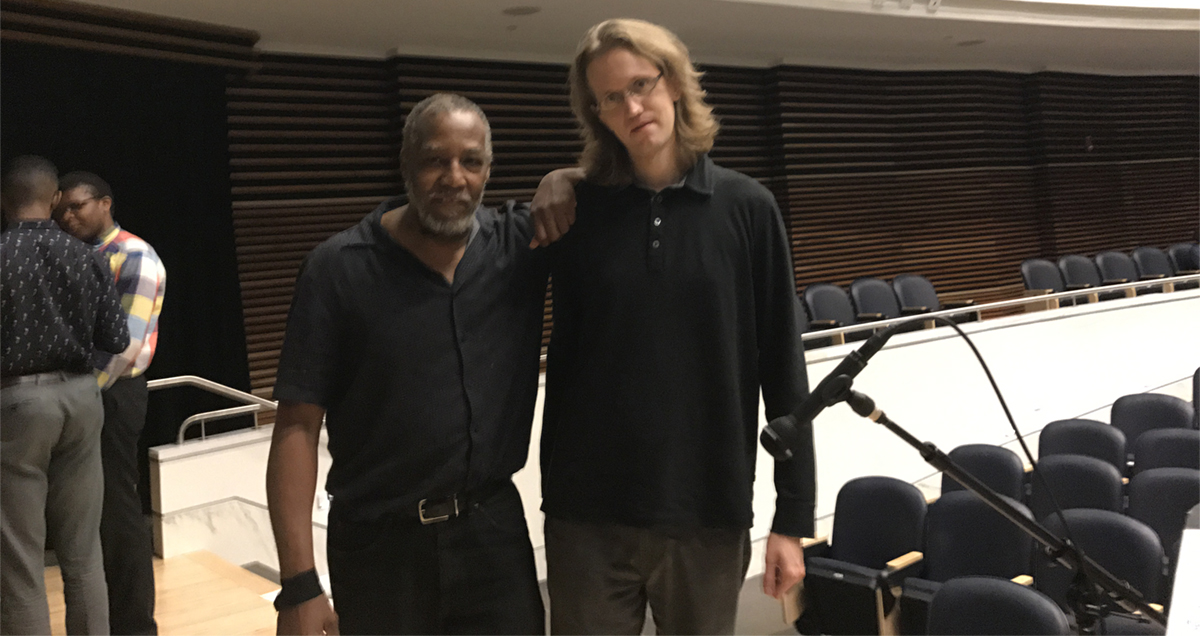 Jazz pianist Gerald Stephens made the following perceptive statement: “When Donald Brown left Memphis, he took with him an entire tradition of jazz.”  What does this mean?  It clearly refers to the enormous presence Brown maintained in Memphis as a dazzling improviser of jazz whose breadth in the solo piano language is well-known, to Brown’s talents as a jazz educator who trained many students who are making fine contributions to the world of jazz, and to his carrying within himself—in his compositions, productions of CD’s of numerous jazz performers (including his sons Kenneth Brown and Keith Brown)—the complex, poetic strands of jazz culture identifiable as the “Memphis jazz sound.”  In a genuine and palpable way, Brown represented the nexus of jazz operations and activities in the Memphis area and beyond.

Born in Hernando, Mississippi in 1954, Brown moved to Memphis with his family when he was a child, and eagerly assimilated the multifarious elements of the River City jazz scene.  It animated him, and in turn he gave it new life and evolved it into a style both intrinsically his own, yet recognizably classical jazz in character.  Each musician who came into contact with Brown understood this, and the realization transcended verbal language.  Among the many students he trained are the internationally-known Cyrus Chestnut, Danilo Perez, Julian Joseph and Edsel Gomez.  In 1988 Brown accepted an offer of an associate professorship in the School of Music of the University of Tennessee in Knoxville and is still on the faculty there, maintaining an active touring, composing, and performing / master-class-leading schedule internationally. Although he visits Memphis regularly for various professional reasons and to spend time with his extended family, his departure as a resident musician of this city deprived Memphis of a major force in music.  Alex Nollan was one of Brown’s students. . . .